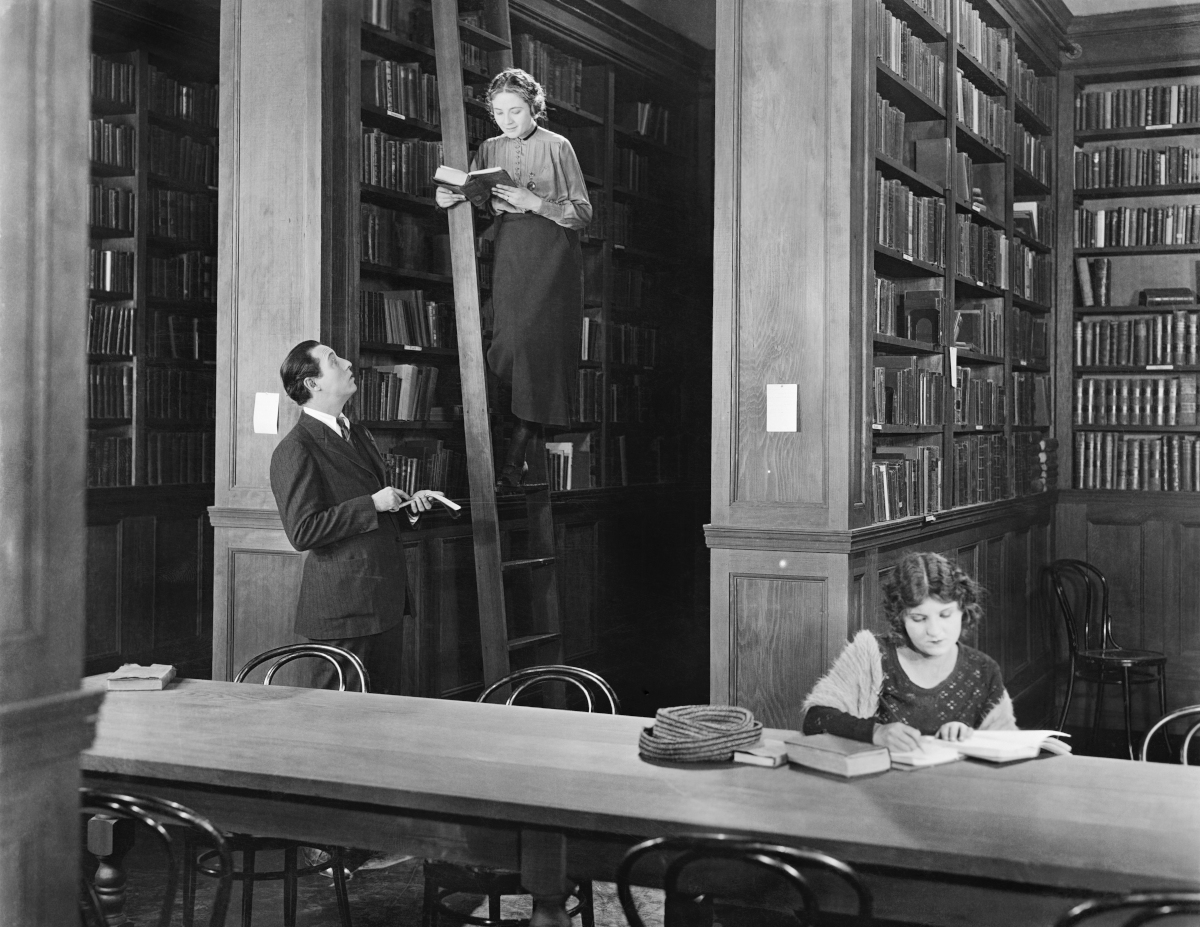 During this pandemic, the importance of libraries has reminded me how much I’ve taken them for granted over the years. I’ve been amazed by my small community library, as well as the large county public library systems and university libraries response. They’ve all been shutdown for nearly nine months now. But they’ve adapted to meet patrons needs. My local library has doubled its budget for digital books, while decreasing its previous print book budget for t his year. In addition, they have contactless delivery to your doorstep for print books. You let them know what you want and within two to three times, a grocery bag of books arrives. This has been especially wonderful for the book clubs where they need ten+ copies. One stop for the library delivery and then the coordinator makes sure the rest of us can get them before our Zoom bookclub meeting.

I’ve always loved libraries. Many old movies featured librarians and often love stories as well. The picture in my header is indicative of this. Though libraries have changed in what they offer, they still serve as the community hubs for education, reading, research, and it’s all “free” to anyone with a card. Sure we pay taxes to support them, but the bang for our buck is tremendous in what they give back to the community. This is why I’m always surprised when an author says: “I don’t want to distribute to libraries. It will cut into my income. They only have to buy one book and then it can be loaned out hundreds of times without me seeing a penny.”

I find that to be short-sighted. First, I see it as my duty to make my books available to libraries at a reasonable price. In fact, if the library will shelve them, I will donate all my books to the library for lending. (Note: Many libraries will not take donations and promise to add them to the collection.). Also, many library users will check out a book they aren’t sure if they will like and when they fall in love with you as an author, they order books for themselves. Not to mention, I’m more than happy to see people reading my books from libraries who cannot afford to buy books for themselves. I’ve been there in my own life.

As a child, the library was my best friend. We didn’t have money for buying books and I was a voracious reader. I remember, at age ten, how I had been working to get the number of books I was allowed to check out raised. The library started children out with a maximum of three. But for those who were always returning on time and leaving the books in good shape you could request more. I was ecstatic when I finally worked my way up to 10 books at a time. What a world of fantasy, adventure, history, and puzzles opened to me then.

For a long period of time as an adult, I didn’t check out books to read for pleasure. My use of the library was only about research–research while in university, research for my own learning, or later research for my fiction novels. It wasn’t until I retired from my academic job and joined a book group that I was once again re-introduced to the beauty of library copies. Many of the books the group chose to read were not books I would have normally considered. So getting a copy from the library was a great way to be introduced to a new genre or author. If I ended up loving the book, I would then purchase it for myself.

How do Publisher’s Distribute to Libraries?

Today, there are two primary vehicles for distribution: print and digital. I suggest all authors take advantage of both.

Print is the most straightforward. It really hasn’t changed much in hundreds of years. The only change is that instead of dealing with many different publishers to purchase a book, libraries have been purchasing print books through a third party wholesaler/distributor. The most common ones in the United States are Ingram, Baker & Taylor, and Emery-Pratt. For those indies who are concerned about distribution to libraries, I would recommend Ingram as your primary print distributor as they also distribute to Baker & Taylor and Emery-Pratt.

The Digital space has changed dramatically. Though ebook readers first came on the market in 1998 (the Kindle didn’t come out until 20o7), libraries didn’t have access to a lending model until 2009 when Sony linked with the Overdrive network to make ebooks available. That meant that only people with Sony e-readers could borrow ebooks rom the library. In less than a decade Overdrive and libraries were able to deliver ebooks in formats that would allow for a variety of e-readers to be used. Only in the past few years, have lending models for libraries also changed. The first model for ebooks was based on how print books are handled. That is the library purchases one copy of an ebook forever and can lend the one copy to one person at a time just like a print book. Though ebooks are relatively inexpensive in the retail market,  ebooks are very expensive for libraries in that model–particularly from major publishers which often charge in the $100+ range for a single ebook purchase because they are afraid of losing ebook revenue if it gets checked out hundreds of times.

In the past few years two major digital library distributors, Hoopla and Bibliotheca Cloud Library,  have been growing fast with their cost per circulation (CPC) model. Cost-per-circulation means that when a patron checks-out a digital book, the payment to the publisher is approximately 10% of the normal cost of that book. It allows for libraries to offer a much larger catalog of books to patrons without as much risk in determining which books will be checked out and have to pay a high price for a book that may not be circulated often. Libraries can track checkouts and then up copies available for those that become popular and only be charged for one or two copies for those that aren’t popular. Many libraries allow for patrons to check out a specific number of books per month on Hoopla. This keeps cost in check and provides patrons with the entire Hoopla catalog from which to choose instead of only the bestsellers in the major publisher catalogs which are usually a part of Overdrive.

Hoopla has been around since 2013, launched by a long time library distributor called Midwest Tapes who distributed CDs for audiobooks and film videos for decades previously. When they launched as Hoopla, the were the only cost per circulation offering. They wanted to provide a way for their primarily small press and indie authors to have a leg up on the traditional publishers. (Note: No big 5 publishers will offer libraries the option to lend their books on a cost-per-circulation model). They stayed with that as their only model until 2020 when they did make available a perpetual access model in order to compete with Overdrive and to encourage the biggest publishers to distribute through them.

Bibliotheca, who bought the 3M Cloud Library in 2015, launched with both the perpetual access and cost-per-circulation models. Whereas Hoopla is primarily distributed in the U.S., Canada, and Australia, Bibliotheca is distributed in 70 countries around the world.

How do Indie Authors Get Their Books Into Libraries?

It is a difficult and often circuitous process. Just as with retail partners and fans where you need to make inroads with librarians and be sure they are aware of your book, you as an author, and what you can offer the library in general. With over a million books produced every year–approximately 300,000 new books from major publishers and 700,000 books from a variety of small publishers and self-published authors–libraries cannot keep up with the offerings. Consequently, they rely on the systems they’ve set up for decades: dealing with major wholesalers, reading reviews from major publications, and patron requests.

Because most public and school/university libraries are used to these systems for ordering and becoming aware of new books,  it makes it that much more difficult for them to buy your book directly from you or take in a donation that doesn’t fit into their system of inventory and tracking. Each of these large distributors have set up entire systems for transmitting all the correct metadata and cataloging information. They’ve also set up a network of featured books (paid by publishers), special discount sales opportunities for libraries, and a regular newsletter of whats popular or seasonal by genre. In addition, these wholesalers and distributors have created an entire infrastructure for  purchasing, invoicing, and support that make it easy for libraries to track their budgets and lending. Simply walking into your public library, even as a local author, will often not get you seen or your book into their catalog for lending.

Small community libraries, that are based primarily on donations and volunteer services, will more often take your book because they have a smaller collection and a smaller digital infrastructure for tracking and lending. Large libraries prefer to purchase your book once they deem it fits their mission and what they believe patrons want.

This means that authors have to play in the same system that the big publishers do. You have to have a mailing list of librarians. You need to create one-sheets that have all the information about your book and you as an author, along with good reviews. You need to have a marketing plan for libraries that is similar to your marketing plan for retail–knowing where librarians hang out and how to contact them. You need to have list of things you can do for the library that will help them in promoting your book to their patrons. This often includes a willingness to do an author talk, be part of a panel, do some type of instruction. These can be in person, if you are local, or virtual if you are not.

For more information on this topic, and the particulars of marketing to libraries you might enjoy this 10-page white paper:  How Libraries Decide to Purchase Books   The front half goes into more detail of how libraries make purchasing decisions, including some quotes from actual librarians. The second half outlines steps to get your book(s) in front of librarians.

If you already have your books in many libraries, I’d love to hear from you on the techniques you used. Share them with me via email and if I use them in an update to this article, I’ll attribute it to you and point to your website or blog as you prefer.

Note: I originally wrote this article for my annual changes in publishing post on Romancing the Genres that I’ve... 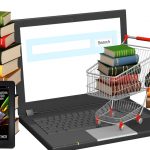 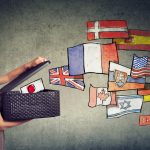 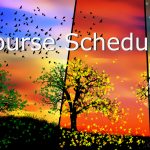 What’s Planned for Courses into 2021?