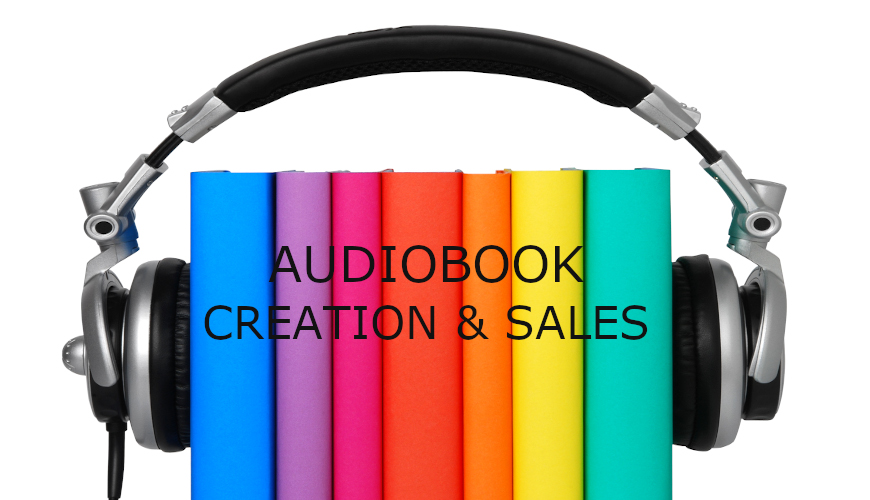 The independent publisher has several possibilities. The one you chose depends on your skills, the amount of work you want to do with the process, and the money you wish to spend. Im going to break this into two sections: 1)Narration;  and 2) Distribution. In a later post I’ll talk about Marketing.

You can narrate your own book. If you have an interest in this, I would highly recommend M. L. Buchman’s book Narrate and Record Your Own Audiobook: A simplified guide. It clearly explains the audiobook narration world, the choices among distributors, and the equipment, acumen, and time you need to do it yourself.

Pay someone to narrate your book. It works the same no matter if you are paying an independent person or going through a distributor and a narrator that works with them.  The process is:

You have three choices of working with a narrator where you pay them to do the job.

1. You can pay a narrator independent of a distribution platform. In this situation you hire an independent narrator who does all the audio work for you and then delivers the files for you to upload to a distributor. Most audiobook narrators work for several distribution companies and are also listed on freelancer sites like ListenUp, Deyan Audio, Spoke Media, Pro Audio Voices, Bee Audio, and many others. Or, if you happen to best friends with Sharon Stone and love her voice you can work out a deal on the side. :). Depending on the platform you use, this may be a partial pay upfront and pay the rest on acceptance of the completed book.  The way that you communicate back and forth is typically via email.

2. You can hire a narrator through a specific distribution platform. Most audiobook distribution platforms (ACX, Findaway Voices, Authors Republic, Listen Up, etc.) have narrators that work with them regularly. Literally hundreds of narrators–sometimes thousands. They follow the same process outlined in the bulleted items above. The difference is that you don’t have to find the narrators. They select ones for you to consider based on filling out a form. The form asks questions about your preference for voice tone, gender, age, special needs (i.e., accents, multiple performers, etc.) and what are you willing and able to pay. Typically you are presented with four to six narrators, but it may be more. You listen to the auditions and make a selection. Once you’ve selected the narrator, the company talks to them and gets an idea of their availability and costs, then issues a contract to each of you that outlines the expectations of each party. This includes how quickly the narrator will deliver the files and how quickly you must listen to them and provide feedback and or acceptance. Typically these platforms have you pay when it is completed and accepted.

3. You can work on some type of royalty share basis. To my knowledge, this is only offered through ACX and Findaway Voices. (I haven’t checked this lately. It may be that some other distributors have set up a shared royalty option) Each has a different contract. All royalty share contracts require you to give exclusive rights to the distribution company for some period of time because it is the only way they can assure the narrator is paid their share. In addition, the share of the royalties and contract terms are different between ACX and Findaway Voices.

ACX (Audible/Amazon) requires you to share 50% of all royalties with the narrator and you are tied to that for a period of seven years. This means instead of getting 40% of net, you will get 20% of net for seven years. The good news is you don’t pay anything upfront. The bad news is 20% is really small and ACX distribution is only to Amazon online stores, Audible, and Apple. In m y mind that is a very limited distribution portfolio. I know many people think Amazon is the only place to go because they have 80% of the ebook market in the U.S.  However, they only have about 50% of the audiobook market.  I can tell you that I personally make most of my audiobook money from libraries where ACX has no distribution. Beyond libraries my retail sales are primarily from Apple, Kobo, B&N Audio, Audiobooks.com and lately some up and coming foreign distribution.

Findaway Voices has a different model. In their model you pay 50% of the cost up front. However, because you did that, you only need to share 20% of your royalties with the narrator. However, the exclusive distribution term is for 10 years. There is an option for buying out that contract at any time, by paying 1.5 times the production costs. You would do this if your audiobook was selling well. The downside is the ten years. The upside is that Findaway distributes to thirty wholesale outlets, including seven library distributors and distributes to places all around the world. Yes, they do also distribute to Audible. However, because you are not exclusive, your audible royalty to Findaway is only 25%. But hey it’s better than 20% doing royalty share with ACX.

Takeaways. If you can afford to pay the narrator up front you will get the best terms in royalties and have more control over what you do with your book–including the ability to take it off the market, move it to a different distributor, and distribute it independently of  a platform or in addition to any platform. However, for some authors the expense of paying a narrator is too much. Making that decision also requires some hard reality on what the return on investment is and how long you can carry that investment or potential loss.  Depending on how popular your book is, and if you are doing audiobook series or more of your books to build momentum, it can take years before you see a return on your investment. I’ve done nine audiobooks with paid narrators so far. My average time to break even on a book has been 18 months. Some of that has been cut down as I’ve been able to create boxset audiobooks from books that have already been narrated. I consider myself a mid-list author (at least until last year when I didn’t produce anything new). On the other hand, friends of mine who are regular bestsellers (making $500 to $1,000 per month on their ebooks and paperbacks) will usually break even at about three months. Each author knows the current sales situation with their books. I have not seen someone who had poor sales suddenly become better with audiobooks. I’m sure it happens to some people, but I haven’t seen it among the authors I know.

Just as with ebooks, there are a number of ways to distribute your audiobooks. You can upload them to several vendors on your own (e.g., Kobo, Apple, Amazon Audible, Google Play) or you can use an aggregator to upload them. Most production companies are also aggregators, meaning they will distribute your books to all the places they can reach. For example, if you load your completed audiobook to Amazon Audible directly, they will then distribute to all the Amazon stores they have around the world (I think that is 15 territories). You can also load to Google Play directly, and get distributed all around the world to Android tablets, laptops, and phones. Same with Apple. However a production company like Findaway Voices or  Author’s Republic have a much more diverse distribution model that includes Amazon, Kobo, Apple, Google and all the majors as well as libraries and several places you may not know exist. Most aggregators/production companies allow you to select which places you want them to distribute and which places you don’t. The one’s you don’t mean that you are either going their direct yourself, or you just don’t want your books with that company.

The downside of distributing only with Amazon Audible is that you miss a lot of the market. Though Audible has an 85% share of the ebook market in the U.S., it has only a 50-55% share of the audiobook market. Also Amazon controls the pricing. They set it and there is nothing you can do about making it lower or higher. In my opinion, they set it too high because they want to entice people to do a monthly membership (which then pays you less as a creator). By selecting another distributor like Findaway or Author’s Republic, you can still go to Amazon separately or have them send your audio to Amazon Audible. However, you will also have many more options and price control over everywhere else.

Since Fall of 2016, I’ve done all my audiobooks with Findaway Voices–both production and distribution. I chose this distributor for three reasons: 1) They have the widest distribution and are adding to that every year. Last year alone they added eight new distribution partners. 2) They are responsive to questions and keep me in the loop about promotional opportunities and changes to distribution options. 3) They have a platform with an app, authors-direct, that allows me to sell my audiobooks directly and get an 80% royalty on those sales. It also allows me to get up to 100 giveaway codes for providing free audiobooks to reviewers, fans, contests, or however I want to use those codes on each book. This is especially wonderful for me on new releases when I can sell directly to my fans on my email list. I can offer a discount of 20% and still make more money per unit than I can with any other distributor because the only thing coming from the sale is the 20% fee Findaway takes.

That said, each author has to make up her own mind as to what is the best solution for her. I would advise looking at the various options and the pros and cons. Also, please consider the changing landscape. Audiobooks are the fastest growing segment of the book market. However, that doesn’t necessarily mean the authors revenues will grow at that rate. Also, audiobook listeners are often NOT the same as ebook or paperback book readers. If you’ve built up a great fan base with paperback or ebook readers, you may find that few of them listen to audiobooks. It took me a good year of seeking out listeners to start finding fans. From my email list of 12K, only one percent indicated they listen to audiobooks. I had to go searching for and enticing a different group of listeners than those on my email list for paperback and ebooks.

Good Luck with pursuing your first audiobook recording. After you get it up there, the next step is the marketing. I’ll be talking about that in a separate post later this year. To be honest, I’m still working on figuring that out. I have a couple of things that are working but don’t have a complete or consistent strategy that works yet. 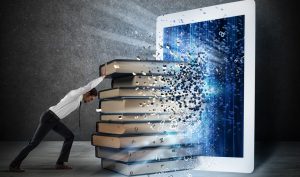 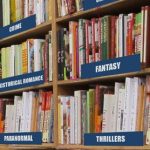 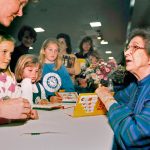 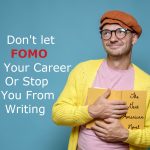